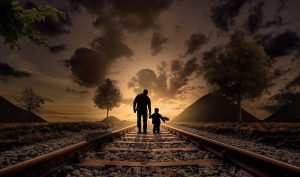 Father God is one of the most important figures in Christianity. He is often the first figure to be mentioned in prayers and hymns, and he is seen as the bedrock of the faith. As Christians, we are called to emulate his fatherhood by caring for others and showing compassion in all that we do.

What is fatherhood, and what it means to be one

Fatherhood is a term that refers to the role of a male parent in a family. A father is someone who provides physical and emotional support for his children, and he is often responsible for teaching them about life and how to be good people. Fatherhood can be a challenging but rewarding role, and it is one that many men take seriously. Even the best earthly fathers do not compare to our heavenly father.

What are some of the benefits of fatherhood

There are many benefits which include:

– Fathers often have a strong connection with their children, and this can be very rewarding

– Fathers can provide emotional support for their children 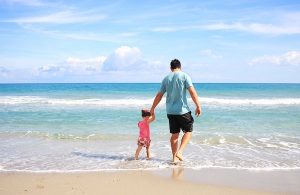 Christianity is a father-based religion

One of the most important aspects of Christianity is the fatherhood of God. Jesus is called the Son of God, and he is seen as a perfect example of what it means to have a great relationship with God. Jesus showed compassion and love for others, and he was always willing to help those in need. He also taught his followers about the importance of forgiveness and compassion.

Christianity can be seen as a father-based religion because it places such a strong emphasis on the role of fathers by using God as the perfect example. They are seen as important figures in the faith, and they are encouraged to live their lives according to Christian values. Fathers are also responsible for teaching their children about Christianity, and this can be a very rewarding experience.

The importance of Father God in the Christian faith

He plays a central role in Christianity, and he is an important figurehead in the faith. He is someone who Christians can look up to for guidance and support, and he represents everything that is good in Christianity. God embodies the qualities of compassion and love, and he encourages Christians to follow his example.

How fathers can model godliness to their children

One of the most important things fathers can do for their children is to model godly fatherhood for them. This means living their lives according to Christian values and teachings, and it means setting a good example for their children. They can teach their children about Christianity, and they can also show them how to be good people. 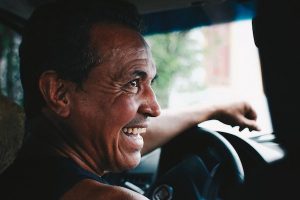 Tips for being a better father

1. Be there for your children

One of the most important things fathers can do is be there for their children. This means spending time with them, listening to them, and being there when they need you. They should also try to be involved in their lives, and they should never be afraid to show their feelings.

2. Set a good example for your children

It is important for them to set a good example for their children. This means living their lives according to Christian values and teachings, and it means being a role model for them. Fathers should also try to teach their children about Christianity, and they can help them learn how to navigate the world around them.

3. Discipline your children when necessary

Fathers should discipline their children when necessary. This means teaching them right from wrong, and it means setting boundaries for them. They should also be consistent with their discipline, and they should never be afraid to use it when necessary.

Father God is an integral part of Christianity. He is the one on which the whole religion stands. Christians look to Him for their example. Men follow him because he shows them how to live right before Him. Father God embodies everything necessary to be a successful father here on earth, and he encourages all men to follow his example.